We constantly put ourselves in a box. And as we talk about it, we actually claim it. We talk about it so much, it becomes our identity. And this is our critical mistake. I love the saying “Talking about our problems is our greatest addiction.” No truer words have been spoken. As we think, we create. As we speak, we affirm. We are not what happened to us. We are how we respond.

I have used these two analogies on more than a few occasions. And since I worked in both fields, they both reside close to my heart. Years ago, when HIV/AIDS was running rampant, and there was no cure, the community needed a win. And while most {during the 80’s and well into the 90’s} were dying of AIDS, a powerful shift took place. Back then, the community created an acronym that was life affirming. Instead of AIDS victim, they came up with PLWA, which meant Person Living With AIDS. Powerful. You might be living with AIDS, but you were living. The Breast Cancer community did the same thing. Out of nowhere, everyone was wearing pink, and they started identifying as Breast Cancer Survivors. Even a slight change in the way they spoke about it, became life affirming. Newly diagnosed? They used words like “battling cancer.” Again, powerful.

It is easy to jump on the train and feel sorry for ourselves. And after working with AIDS, Breast Cancer, Human Sex Trafficking and a host of others who had every right to fall into the role of victim, those who made it out of the pit of Hell, affirmed who they were, or what they were doing. They spoke as though they were already healed, or that they were a survivor. And while there are many factors in why we heal, cultivating a warrior or survivor attitude, sets in motion a chain of events that moves us towards becoming whole. 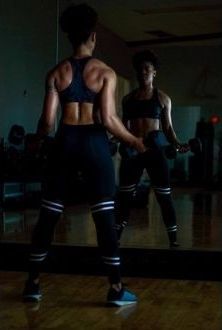 To learn more, book a one-on-one session with Vance.