Unconditional happiness is the highest technique there is. […] This is truly a spiritual path, and it is as direct and sure a path to Awakening as could possibly exist. ~  Michael Singer

This month, I’ve been reading and re-reading two books by Michael Singer: The Untethered Soul and The Surrender Experiment. They are challenging many ideas I’ve long held about the Law of Attraction and the whole philosophy of trying to influence and direct (with varying success) what happens in my life. I have written the goals, said the affirmations, done the visualizations, worked on raising my vibrations. Michael Singer approaches life from the opposite standpoint: rather than trying to arrange it in a way that I think will bring me happiness, he suggests getting happy with life as it comes to me. “The truth is, everything will be okay as soon as you are okay with everything.”

This is what he called his surrender experiment, which he has been living for the past forty years. Basically, it comes down to saying “yes” to whatever life brings, trusting that it will work out for the best even when it doesn’t seem to be what we want on the surface. Trusting that life doesn’t really need us to micro-manage the outcomes. It’s challenging to give up even the slight illusion of control that I had, but I’m working with it. It’s not far from Tosha Silver’s radical openness to the Divine, or Byron Katie’s “loving what is.” 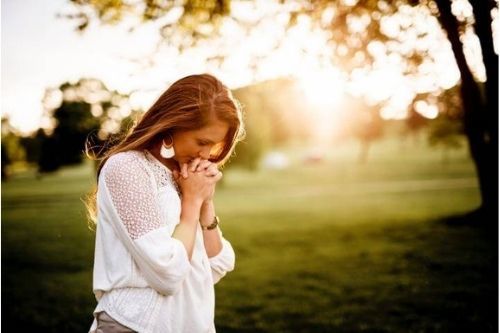 Although surrender sounds a bit passive, it’s really more about an internal adjustment than a total lack of initiative. When things happen that we don’t like, most of us become unhappy to one degree or another. We are only conditionally happy; we’ll be happy as long as life sends us experiences that match up with our personal preferences. But so often it doesn’t. No matter how hard we work to control and direct, life is going to send some things that knock up against our endless lists of likes and dislikes, causing an emotional disturbance.

That is the point of choice: you can either get pulled into the disturbance, losing your center, or you can remain outside the disturbance, observing it. When you identify with the ego structure – that list of personal preferences – you waste energy in internal resistance to whatever is knocking up against it. That doesn’t feel good and it doesn’t contribute much to any solution, either. The alternative is to identify with the internal witness instead (the one who is aware of the disturbance but not “in” it), surrendering to what is happening rather than resisting it. You let the feeling of disturbance just be there, not suppressing it, but also not getting pulled into it. When you surrender you can still take action, but it will come from a calm and centered place rather than one of disturbance.

Each time you surrender, a little bit more of your ego structure is dismantled, leading to more freedom. And ultimately, the freer you are, the more joy you can experience. So the paradox is, the less you insist on having things the way you think you want them, the happier you become. This is unconditional happiness.

And so I’ve begun my own surrender experiment. Instead of trying to figure out what “should” happen, I’m just going to see was does happen and then surrender to it, making the most skillful choices I can in the present moment and not getting caught up in defending my little house of cards. If Michael Singer is right, I have some amazing things to look forward to!