When I was five years old, my mum used to read me this old Marathi poem written by award-winning poet, Vrinda Limaye, to try and impart some wisdom early on. Although no English translation exists, the title of the poem was: Me with myself. The poem narrated a young girl sitting on a swing and preaching self-love and acceptance. At the time, my naïve self didn’t read much into it, However, over time those words transformed into something so much more meaningful.

Through high school friendship dramas, unrequited teenage crushes and late night existential crises, I began to understand just how important it was to come to terms with one of life’s biggest challenges, and yet one of its greatest gifts.

As millennials, we are one of the loneliest and yet overtly, most connected demographics. The Mental Health Foundation did research in 2010 that found loneliness to be a greater issue among young people than those over the age of 55. The internet has created a place for our generation to feel linked… to feel valued through the actions of others.

Why is it that we only find value in the eyes of others and not in our own eyes?

I’ve had close friends and family members confess to me how incredibly alone they feel, people who I envied for their social prowess and popularity. We spend so much time posting and liking, trying to prove to each other how connected we are, that we’ve created a palpable distance between each other. We can begin to believe in the chimerical constructions that people create, and forget the real and complex person behind them.

Social media has allowed us simulated connection and closeness, however, it has also lulled us into thinking that we are isolated in our loneliness. 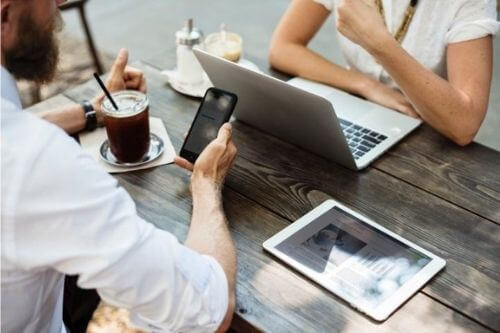 In a weird way, it’s almost as if we are scared of just being and yet not being enough.

In its purest form, social media is about making people like the version of yourself that you construct. Not only can it mean we lose others, but we can sometimes start to lose ourselves.

Trust me, there’s enough criticism coming from all directions about millennials and their online habits and there’s nothing wrong with a well-thought-out caption or a great Instagram aesthetic. However, it has largely created a generation that doesn’t know how to be alone.

In Kindergarten it was easy; take your Nintendo to school or bake cupcakes for the class on your birthday and you had three new friends by lunchtime. However, now it’s a lot more complicated. I often found that in trying to seek validation online, I missed out on the appreciation of those around me. I was trying hard to be someone ‘they’ liked and ended up not really enjoying my own company.

It’s important to understand that life as humans is an inherently lonely experience. We are self-contained and singular beings each with a unique disposition. On some level, it’s almost impossible to have complete connection or complete understanding with anyone and we have to learn to be okay with that.

It’s not supposed to sound sad or depressing, but learning to embrace loneliness is one of the things we can struggle with the most. Even sitting alone at a table for lunch or walking around university can be anxiety-inducing without a phone to clutch onto. We find our connections; sharing lit memes and witty puns, and I love how much social media has allowed our generation to have a voice and a sense of community. But through life changes, people change and thoughts change… we move in and out of certain phases and groups. And learning to love your loneliness can allow you to better equip yourself for the inevitable upheaval. 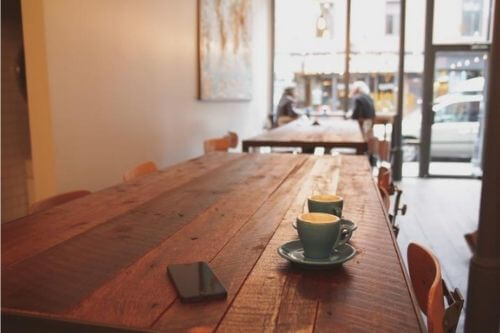 As the famous Russian proverb says: he who is lonely is at home everywhere.

If you think about it, love and closeness is not the absence of loneliness and isolation; it’s the ability to be alone together. It’s the sharing of loneliness that creates the connection. Think about when you’ve connected with a person most. It’s often not over transient things like what you bought yesterday or how many likes you got on your profile picture. It’s often those moments when someone says something that draws you out. You have that shared moment of realization where you awkwardly point at each other, laugh and say “Sammeeee…”. We’ve all had moments like this where you’re at your most exposed and yet you feel the most loved. Its that sharing of our perceived singularities that really creates closeness.

Remember, being lonely doesn’t make you a sad loser or socially inept…

It makes you human.

One of my favourite quotes by Matt Kahn says:

“Despite how open, peaceful and loving you attempt to be, people can only meet you, as deeply as they’ve met themselves. This is the heart of clarity.”

It’s not about being selfish it’s about being the best version of yourself before being with others. It’s the ultimate act of selflessness.

Who cares if that girl Kate is on a super yacht in Croatia, or if Laura is getting invited to all those university parties or maybe Jake is sitting at the table opposite you right now making all his friends laugh. There you sit quietly with your overpriced avo, feeling sorry for yourself. Remember that even Jake, Kate and Laura have felt like that; we all have our moments, but not all at once.

So take a seat at that table alone with a good book or a cup of coffee from that trendy hipster café. And just sit.

Enjoy the silence and the noise.

Yeah, you might be lonely, but you can never be alone.