Relationships, despite our best efforts, can be filled with conflict, confusion and chaos. To understand the unproductive dynamics that can go on in relationships Stephen Karpman, developed a social model called the “The Drama Triangle.” His aim was to help us to understand the dynamics that create drama and conflict and give us skills to instead create healthy and balanced relationships. The people involved in the conflict, often play a role known as either a persecutor, rescuer or victim: 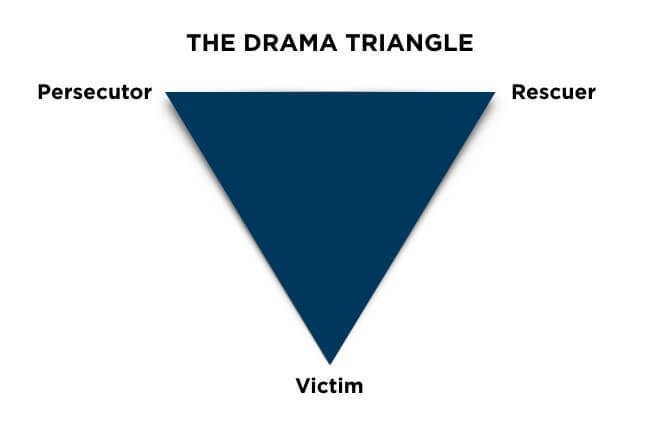 A Victim appears helpless and refuses responsibility for their negative situations, as they are not willing to stand up for themselves or learn a new skill to make their life easier. Someone in the position of victim requires a rescuer.

A Rescuer puts aside their needs to “help” the victim with their issues.

A Persecutor will pick on a victim to feel control, often stemming from their underlying personal struggles. Persecutors find fault in others and in some cases can be considered a bully.

Each of theses responses will draw out the conflict, creating more friction, tension and disharmony, rather than resolving it.

Following is an example of how, rather than getting caught up the “drama” triangle, we can consciously choose at any point to “drop” the conflict. This will allow the conflict to dissipate. Just as when are having a tug-o-war, if we choose to drop our end of the string, there is no more struggle. The only thing that often stands in the way of this process is our ego, as the ego LOVES to be right! By consciously choosing to end the conflict, we are also be retraining our ego to become peaceful. This enables us to be kinder and more gentle in our relationships, enhancing our connections with others.

Following in as an example of a conversation where Belinda chose to be empathetic and kind, right in the middle of a conflict. This had the effect of ending the augment and creating a warm connection with Tracey again: 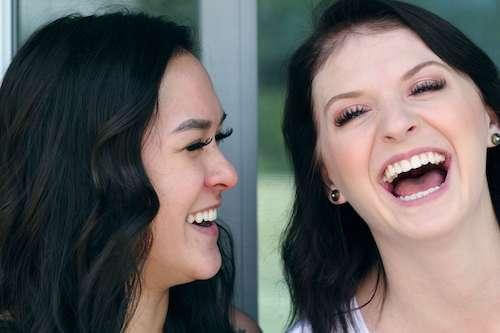 Tracey: How dare you leave the door open for the dog to escape, AGAIN!

Belinda: Well, I was carrying all the groceries inside and didn’t have a spare hand to shut the door with.

Tracey: That is just an excuse! You could have put them down for a moment.

Belinda: I didn’t have any help! You should have come up and helped me. Instead, I had to struggle alone.

Tracey: You are capable enough to bring the groceries in without letting the dog out.

Belinda: Yes I am, I was just feeling overwhelmed at the time.

Tracey: Well, I’ve just had a very stressful day too, and now I have to go and find the dog!

Belinda: I can see that you are frustrated. I will go and find the dog!

Tracey: No, I will go. Otherwise, you will just complain about it when you get back.

Belinda: Well maybe we wouldn’t be in this situation if you had just helped in the first place.

Tracey: You just don’t understand how I feel. I don’t need another thing to add to my to-do list!

Belinda: Don’t worry, just relax and put your feel up. It is normal to feel this way at the end of a stressful day.

Tracey: Maybe, we can go and look for the dog together?

If you are having trouble with conflict read this article in how to develop a win/win solution.

To rise above being involved in a drama triangle (even if just with two people), if possible, decide not to react and engage in the conflict in the first place. It is more important to be kind than right. That is to let things go unless of course the behaviour is harmful to you in some way and needs to be addressed. Acknowledging how the other person feels, in an empathetic, communicative way, can resolve the cycle. Awareness that you do not have to retaliate and can make a kind choice is an empowering and loving way to live your life.