One minute you can be travelling along feeling happy—you meet someone—they say or do something and the next minute you feel angry, sad, disappointed or upset. This can leave you feeling confused and as though your life is out of control.

Your reactions are a wonderful guide to what is going on in your inner world. Reactions involve strong feelings, as they are brain responses associated with survival. Reactions are caused by a small nut-shaped structure in the brain, known as the Amygdala, which scans the environment for signs of danger. It is associated with emotions such as fear, rage, anger, and fight or flight. If the Amygdala senses danger, it will signal the body to either act aggressively (fight) or withdraw (flight). The fight response manifests in things such as road rage and saying things you don’t mean and later wishing you could take it back, while flight may make you feel ‘frozen’, unable to find the right words to say.

This survival system is lightning-fast, providing an immediate, subconscious reaction to an event. You know when a reaction has taken place when you get an emotional charge and don’t feel very good. Words such as ‘triggered’, ‘hooked in’, and ‘my buttons were pressed’ are often used to describe the event. Strong, physiological changes can take place such as a pounding heart, shallow breathing, jitteriness, a tight feeling in your stomach and a fuzzy head, because your whole body is getting ready to fight or to take flight! 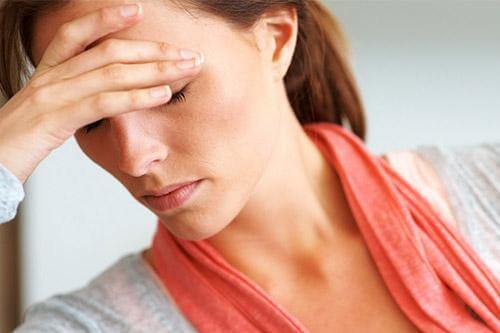 Reactions develop in childhood when a child’s reasoning centres are not fully developed, so they process the world in an emotional way. If a child grows up in an aggressive household, the Amygdala may give the child signals to withdraw from a potentially dangerous situation (flight). Withdrawing allows the child to draw less attention to him or herself and perhaps remain physically safe.

The problem occurs when that person is in a similar situation as an adult. Any similarly aggressive situation, large or small, can trigger a flight reaction, as this pathway was programmed in the brain in the past and is now automatic. The adult will find him or herself reacting and withdrawing without wanting to. The reaction is often not proportional to the situation and leaves the adult feeling confused and out of control. You can learn to better control these reactions. The Love Now course is designed to make you aware of such situations and how you can remain in control. The course provides you with the information needed to help make you aware of your actions and gives you a range of strategies that will help you build and maintain healthy relationships.

Part of the survival response is due to diminished frontal brain activity, which makes it harder to think clearly. Therefore, when the Amygdala is overactive, we may overreact to a stimulus, rather than provide a measured response. However, by observing our reactions in a loving way, without blaming others, we can start to create new patterns of behaviour that will, in the future, allow us to respond to situations, rather than react.

Processing your reactions will enable you to feel more emotionally whole and stable. You will know when you are transcending reactivity when you find yourself in in the same situation and no longer react. Reactions are a gift in strange wrapping paper, that give us the opportunity to process and let go of trapped emotions in our body and become more feel peaceful.