I’ll be the first to admit that I am partial to a treat now and then, so never did I imagine that I could go completely without dairy and soy, let alone gluten. However, the concept of going on a restrictive diet is not completely foreign to me. My younger sister was diagnosed as coeliac at age two. For her, even the smallest amount would make her stomach very upset, causing her skin to turn red and uncontrollable crying. As her family, it was important for us all to support her in her journey to better health, and so, we all tried various gluten-free foods.

How I came to be on my current diet started with a visit to the chiropractor. My mother is a kinesiologist, which is why I have always preferred to go to a chiropractor rather than a doctor (not that modern medicine doesn’t have its place because it does). Over the past few years, I have been to various doctors and alternative medicine specialists (with the support of my mother), with the hope of resolving my suspected case of endometriosis. Of course, confirmation takes an invasive operation, but the signs and symptoms are there.

My mother approached me with a story about a chiropractor who had healed her endometriosis through chiropractic work and had gone on to have children. Admittedly, I was sceptical but willing to make an appointment.

At first, I was annoyed and almost disappointed that there was no “easy” fix. I had to take three different vitamins, have a routine chiro appointment every week and completely cut out: gluten, dairy, soy, potatoes, and eggplant, from my diet (you should also know that I am a pescetarian of three years). I thought to myself, “there is no way I can do that for the rest of my life, it is too much commitment.” But once I gave myself a few hours to digest the whole situation I decided that I would dive in headfirst and give it my all. Partially because I owe it to my mother after she has been through this entire journey with me and wanted nothing but the best for me, but mostly because I owe it to myself to explore every avenue. Not to mention, the treatment did make sense, and there was no other option that suited me better. 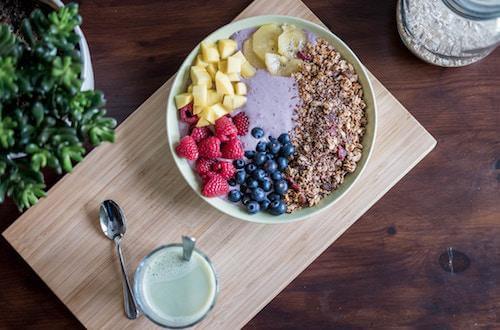 Since being on this diet, my body, in general, has felt much healthier. I won’t lie; it has been difficult giving up all the food I use to take for granted, such as; toast and muffins. But I have committed 100% to it by not even having a “little bit.” This new way of eating means I have to choose the restaurants I go to carefully, and think about the food that will be available to me before I go places. Although, it gets easier every day and has become more than just a diet, but rather a lifestyle. The range of food options in supermarkets and grocery stores is far more widespread than it used to be and dietary restrictions are common these days, hence why they are better catered for.

This new way of eating has opened my eyes in many ways. I am proud of myself, and my body is already feeling the changes!