It was a 7:00pm AA meeting and after I gave my spiel, I was ready to leave, however the group wanted to know more. They wanted my story. Although I never identified as an alcoholic, I was one many years ago. In the spirit of building trust, I opened my world and let them in. I explained that I made some very bad decisions while drinking, that almost cost me my life. I hurt people, would often blackout, and was far removed from any semblance of a healthy life. After sharing, I think what they heard most was that after 34 years of being sober, every now and again I think about having a drink.

I have had a very blessed life in some regards. In others, downright heartbreaking. I told them of them many health problems that my wife has. That after a decade long battle, there have been more than a few times that I have had to rush to her side to administer treatment. Even though I was a crisis counselor for 2 decades, and then a first responder chaplain for another 10 years, nothing prepares you for holding your wife’s unresponsive body in your arms. Truly dark times.

I would rather feel the pain

I then went on to talk about being on top on my game, owning several business, 7 houses and pretty much retired by age 40, only to lose everything. By everything, I mean all of our property and money (including our IRA’s). The worse that things got, I would have a passing thought of taking a drink to “numb out” for awhile. I came to the conclusion that I would stand and deal with my feelings. That I would rather feel the pain, than risking my time and talent, to possibly getting sucked into the world of alcohol abuse again. This made sense to the AA group.

We all have an escape plan, when life comes beating down our door. Some drink, others shop, and some simply run. What I have learnt, is that by standing and dealing with pain and you then move through it. When we “numb out”, the problem often gets bigger. It doesn’t go away. We have to face it at some point. Those who don’t, often get sucked into an unhealthy lifestyle.

I am reminded of an old parable I used when I taught meditation: The teacher jumps into a cold river to get to the other side. He then quickly gets out. He asked the students to do the same. The students begin to question him. Why should I do this? Let’s wait until its warmer. I know it’s cold and I don’t want to get wet. The teacher says “If you had jumped in by now, you would already be getting out, and you would be one step closer to your destination”. See what I am getting at? 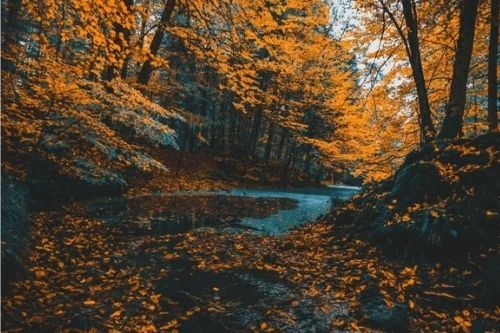 This simple illustration shows that we can over think things. We second guess, make excuses, and we prolong taking action. And when all is said and done, we still have that river (our problem) to cross or deal with. I am all for practicing the pause. I am not for talking myself out of pain as there will be pain in our lives. The question is do we allow pain to paralyze us? Or do we face it, move through it and let it go?