The most important aspect of manifesting money is to approach it from the heart. Think about, what is your relationship with money: greedy, needy, excited, hopeful?

So if you come at this from a place of saying, “I need $1000 to pay my rent next month, so I’m going to focus hard on manifesting it via the Law of Attraction,” well… good luck with that. But I’d bet against you.

A slightly better vibe is that of hope, but this is still a pretty weak vibe. Hope won’t get you very far.

A much better vibe is to come from a place of curiosity and experimentation. Go into a state of childlike wonder. With this vibe, you may begin to generate some interesting results.

An even stronger vibe is to generate feelings of playfulness and excitement—a great vibe for manifesting money.

When you want to manifest money, it’s important to know that it’s already there. If it’s hidden at all, it’s hiding in plain sight, waiting for you to notice it and pick it up. This applies whether we’re talking about cash found on the ground or opportunities that will generate cash.

Know that the cash and the opportunities are right in front of your face. You just have to adjust your “eyes” to see them. You do this by shifting your vibe—your frequencies of thought and emotion — to one that’s capable of detecting the money.

It’s fun to think of this vibe-shifting process as shifting dimensions as if you’re tuning in to a different perceptual frequency spectrum. That other reality was there all along. You just couldn’t see it before because you were tuned in to incompatible perceptual frequencies, frequencies that made the money invisible and undetectable by your senses. Maybe you were stuck on the red part of the spectrum, while the money was hanging out in the blue part.

Obviously, your senses pick up a lot as you go about your day, but you only notice a puny fraction of all that input. To manifest money, you need to tune your senses to bring to your attention useful input that you’ve been subconsciously dismissing as irrelevant background noise. This tuning process takes some time, but you can do it. 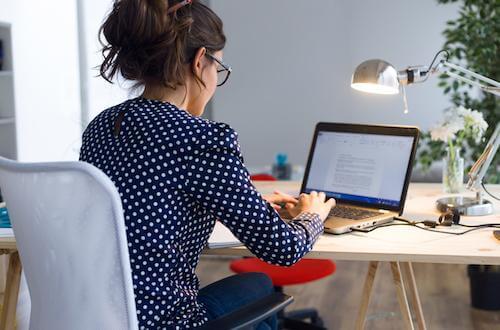 Lately, I’ve been teaching my daughter Emily (age 10) how to manifest coins. I do this by turning it into a game. When we’re out walking together, I challenge her to see if she can find more coins than I can.

The first time I did this, she was really bad at it. I found several coins during our walk together, often coins that she walked right past without even noticing. Instead of finding coins, she didn’t notice anything. The coins didn’t register within her perceptual reality.

Later on, she began noticing things that were close to coins, but not coins. She found bottle caps, paper clips, scraps of paper, and coin-like smudges on the floor—everything but coins. I kept pointing out to her that there are coins everywhere, but you have to tune into the “coin abundance frequency” to see them. Each time I found a coin and showed it to her, I could tell it was gradually helping her tune into the right perceptual frequency.

Finally, she began to accept that yes, there are coins everywhere, and she only has to notice them. It seemed like she was beginning to tell her eyes and her mind to get with the program and start noticing the coins.

Detachment is about how your desires ultimately manifest for you. When you become too attached to when and how your desires show up, you screw up the manifesting process. Instead of holding the vibe of playfulness and abundance, you start sending out signals like concern, worry, and stress. Don’t do that!

Would you become stressed and worried if you couldn’t find enough coins on the ground? Would that vibe improve your performance? No, that would only lower your performance.

When you notice that you’re getting frustrated, pause, breathe and go back to the desired side. Hold that vision of the creation you wish to experience, and wallow in the positive sensations of being there in your heart, mind, and spirit. Know that physical reality will soon catch up, as long as you keep holding the right vibe.

When you feel moved to take action from a place of passion and excitement, not stress, then go ahead and let those actions flow through you. It will seem to be more work to stop yourself—you’ll feel like you’re chickening out and holding back if you stay still. Follow your impulses. But don’t worry about the immediate results of those actions. There may be some twists and turns along the way.

If you want to manifest money, you CANNOT believe that money is a power source. Money cannot give you wealth or abundance or happiness. It really can’t give you anything. Money just sits there—all the power comes from you.

Think of it like this. If you want to manifest money, but you believe that money is its power source, then deep down you’re giving money the power to say no to you. If money has power, then it can refuse to show up.

When you manifest money, you are COMMANDING it to come into your reality. You’re the CREATOR. Money has no choice but to obey you, but only if you wield your true power. If you give your power away to money, then you empower money to deny your requests. Money will say, “Well, if you’re letting me decide, then no, I’m staying over here.”

Remember that money is nothing but a number. Or it’s pieces of metal and paper. How could it possibly be more powerful than a conscious human being such as yourself?

If you desire something, you think money will give you, then focus on that desire directly, not on the money you think you need to get it. Money may or may not be part of the manifestation process.

Only focus on manifesting money directly if you’re capable of seeing the money as a plaything, like a video game score. It’s only something to manifest for fun, not something to get all worked up and stressed about.

All the power is within you, never out there. 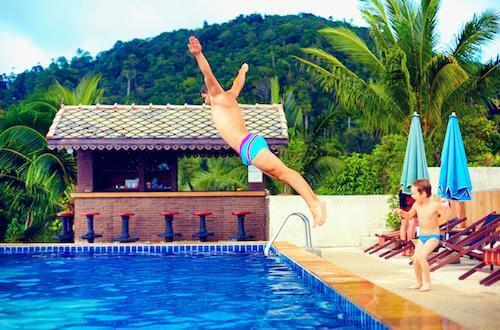 When manifesting money, start small and work up to larger amounts. See it as a score you’re aiming to increase, but don’t put larger amounts on a pedestal by assuming they’re more difficult to manifest.

I started with manifesting pennies in the Summer of 2006. Then I graduated to nickels, dimes, and quarters. I focused on quarters for several weeks. Then I progressed to dollars to $100 to $1000 to $10K to $50K. Overall it took less than a year to go from manifesting pennies to manifesting $50K. After that point, I became more interested in non-monetary manifesting and had some especially fun times with manifesting in my social life—friends, mentors, and other yumminess. In fact, I honestly feel that manifesting money is a bit boring compared to all the other cool stuff you can manifest.

If you can get good at manifesting coins, you can manifest larger sums too. The process is the same. Only some limiting beliefs of yours may stand in the way. But as you gradually upgrade to larger sums, you can collapse those false beliefs.

Money comes to you through the filters of your beliefs, but you don’t have to change your beliefs radically. You just have to open enough of a portal in your beliefs to allow different sums to come to you.

I’ve noticed that as I’ve shifted my vibe to manifest larger sums of money and to manifest new experiences in other parts of my life, I seem to fall out of resonance with manifesting smaller sums. I’m not as good at manifesting coins as I was in 2006. That’s because my vibe isn’t tuned into the coin manifesting frequency as much. These days I’m spending more time using the LoA to manifest cool social connections and travel experiences. I’ve tuned my vibe to focus on that part of the perceptual frequency. I also feel more excited and playful about manifesting in these other areas as opposed to adding to my financial score.

Every relationship in your life contributes to the overall vibe you’re putting out. This includes all the different ways you relate to money.

Conflicting vibes every day can result in people feeling stuck. They may visualise having more money and feeling abundant and grateful, but then they go to the grocery store, and they buy cheap, low-quality food because, in the back of their mind, they’re saying to themselves that they can’t afford the good stuff. And that naturally cancels out the vibe of abundance, so the result is no change.

If your current circumstances cause you to emit conflicting vibes, then even as you go through the motions of acting in accordance with a scarcer financial situation than you’d like, keep your vibe focused on that of abundance. The best way to do that is by holding the hearts of gratitude. So even if you buy cheap, low-quality food, hold the vibe that you’re grateful for it and that you appreciate it. Feel appreciative that such food exists and that it’s within your budget. And then look at the high-quality stuff, and emotionally invite it into your life. If possible, find one way in which you can splurge on higher quality items, like buying a few organic apples, and feel grateful that you can do that. And when you eat those apples, really enjoy them, and intend to receive more of the same.

But do NOT beat yourself up for not being able to afford what you desire. That will only lower your vibe.

Do like I did with Emily when she kept finding bottle caps and smudges. Praise yourself for succeeding at what you’re already manifesting, and then command your senses to adjust to a more abundant part of the spectrum of reality. Be patient with yourself—you’ll get it.

Whenever you start feeling bad about your financial situation, see that as a form of feedback. Let it become an immediate trigger to refocus on your desires. Say to yourself, “Okay, obviously I don’t want this. So what do I want instead?” Then think about happier alternatives; allow your mind to go there, and let the resulting new vibe flow through you.

Manifesting money is a fun challenge. It’s definitely doable if you approach it from a place of playfulness, knowing, and power. It does involve some discipline, but the discipline is mental and emotional, not physical.

Abundance is all around us all the time when you tune into it.