The Author
by Deborah Fairfull
See Profile
Blisspot > Self-care > Where Do We Find Enlightenment?

Enlightenment is known as living in a pure state of joy and bliss. Of course, most people if asked if they would like to live in this state on a regular, consistent basis would say yes! David Hawkins in his book “Power Vs Force” explains that it is not even all that hard for people to become enlightened. However, it is common for people to think that it is unavailable for them as it is only for a chosen few such as yogis and gurus. In fact, enlightenment is widely available to anyone who is interested. Enlightenment begins with us asking ourselves the question: “who are we?”

It is common for us to identify with the voices in our heads thinking that they are ourselves talking to ourselves. In fact, we are the one who hears the voice—the strong, silent observer! The observer is also known as the witness or as our seat of awareness! This place is an energetic place and for those of us who believe that God resides within in us all, this is the place where we are connected to God.

Sometimes another voice inside you, known as your ego or mind, will try to convince you that you’ll never be connected to God, that it’s too hard, or that God is not real. If this is so, acknowledge the resistance, but have faith and trust it is entirely possible to embody God. In fact, you are God as you are made from the same energy. God or love is within you and surrounds you everywhere all the time. Enlightenment can be described as a bird searching for the sky while it is flying in it! You do not need to search for God when you already are God. Enlightenment is not a matter of going on a journey to find love but more like opening up and acknowledging the love that you already are. Be open to love! 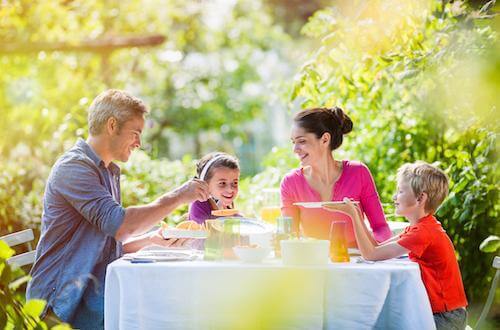 I welcomed in the 2004 New Year with my family on the foreshore of Sydney Harbour. It was a magic night. It was something I’d always wanted to do. We got a fantastic position with uninterrupted views of the fireworks. The sunset was exquisite and the fireworks spectacular (including a huge red heart lighting up Sydney’s Harbour Bridge); the atmosphere from the crowds was alive and full of New Year’s spirit. I felt completely blissful and contented and later described the whole experience as Heaven on Earth. I was fully absorbed in the moment enjoying the company of my husband and three children.

I said during that night to my husband that my goal one day is to become enlightened. I then began a six-year journey looking for enlightenment. What my journey taught me is that my 2004 New Year’s Eve experience is what enlightenment is all about. Enlightenment is not something that you find or get, but rather something that is around you all the time. You just have to be open.

Enlightenment is everywhere, and when we begin to change our perception, we begin to see. See with a heart of love, rather than a mind of judgement and fear. As peace is all in my perception, I have trained myself to feel contented, even during the busiest traffic! I can’t change the traffic, so I might as well enjoy it!

Tap into the present to experience the joy and miracle of life. Rather than seeing the energy field as a miraculous source of power out there, recognise that you are made up of the same energy. You are the same miracle, the same love. Love is everywhere, all the time.

Discover the path to peace and happiness with Deborah’s course, here. 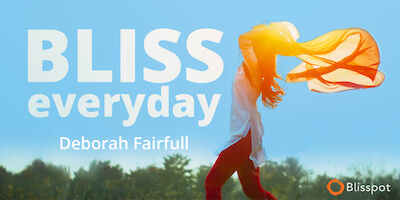