I have struggled with limiting beliefs for most of my life. There really isn’t an explanation for it but I just never felt capable or worthy.

Once I had this mindset, failure in life was nearly guaranteed. That’s because beliefs so powerfully direct our vision. In other words, if we assume the mindset that there is no solid reason to be successful in life WE STOP LOOKING FOR IT. And, wouldn’t you know it, it’s pretty hard to find something if you aren’t trying to find it.

If we assume the mindset that there is no solid reason to be successful in life WE STOP LOOKING FOR IT. And, wouldn’t you know it, it’s pretty hard to find something if you aren’t trying to find it.

Even though I graduated college with a degree in architecture I never really believed I could be successful at it. Twenty years later I struggled with the fact that I never pursued it.

Actually, the further time went on, the more I abused myself over it. I began to tell myself I wasn’t worth succeeding at anything. As the years ticked by I had a stronger and stronger excuse to believe it.

Soon I began to believe I would never find a way to make any significant contribution to the world at all. That only lead to more heartache and pain in the forms of hopelessness and depression.

I’ve had some rather strong first-hand experience with limiting beliefs and their effects. I can look back and identify three ways they so powerfully prevented me from reaching my potential: 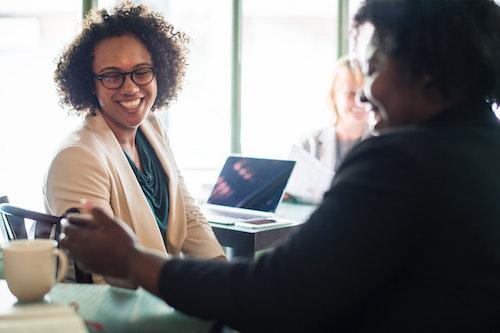 We often actualize negative results just by believing negative things. How many of us have had something negative occur and then say to ourselves, “I knew this would happen.” Psychologists refer to this as Self-Fulfilling Prophecy. This phenomenon basically says that we manifest whatever we believe will happen.

Just like in driving, we tend to go where we are looking. If we focus our attention somewhere off the road then we’re going to drift toward that focus. Even though we know we shouldn’t leave the road we can’t help but go that way.

It’s the same thing in life. When we think negative results, that’s what we tend to get. If we think failure, that’s what we find. And in that manner, limiting beliefs stop us cold from succeeding in our endeavors.

TRAP #2: I LOOK FOR WAYS TO REINFORCE MY BELIEFS

If a scientist loses objectivity and prematurely believes a certain cause or outcome in their research, their conclusions are going to be tainted. Often without even knowing it, they will begin to search for or only pay particular attention to data that reinforces their impulsive belief. This is called confirmation bias and it’s not difficult to imagine how they support the negative beliefs further.

It’s another case of, “We get what we are looking for.”

As we move forward with the biases we strengthen the beliefs we should be dismissing and stop looking for the healthy ones we need. It sets in motion a dangerous downward spiral that pulls us in the opposite direction of our success.

Whether we admit it or not, people look at us the way we view ourselves. We set the stage and prepare the precedents.

When I live my life on a platform of limiting beliefs I can’t hide it. They are visible for all to see. If I don’t believe I’m worthy or I believe I can’t be successful then it shows to other people who follow suit.

As I develop this type of reputation then it begins to be reinforced by others around me. They don’t know whether to believe in my value or abilities so they cue off of me. It’s just natural human tendency and we all do the same.

But, within time, I begin to notice that others seem to reinforce my own limited ideas about myself and the world. They confirm the suspicions that I already have. And this tendency keeps me from advancing forward.

Our beliefs about ourselves and the world directly impact how successful we will be. If those beliefs are limiting then we will soon find ourselves trapped and unable to reach our potential.

Rather than fall into those traps, it is imperative to replace them with much more empowering beliefs. When our beliefs become more unlimited than limited then our potential comes within reach. At that point, we are able to live our most powerful lives.

When our beliefs become more unlimited than limited then our potential comes within reach. At that point, we are able to live our most powerful lives.